The next level of plant efficiency

atelier damböck used a new, uniform standard concept to help launch Dieffenbacher at trade fairs all over the world.

Dieffenbacher, a leading manufacturer of press systems and complete production facilities for the wood and automotive industry, is an owner-managed company that for generations has stood for continuity and innovation. In order to draw attention to this customer promise at the trade fair stand in a striking manner, Dieffenbacher innovations were structurally presented in a large and enclosed loop, known as the “Dieffenbacher Innovation Continuum”.

The Dieffenbacher Innovation Continuum was a stage for presenting innovations and novelties. It was also used as an entry portal to welcome visitors.

In order to further deepen customer requirements and possible solutions, there was a meeting area downstream of the Innovation Continuum, featuring a bistro, bar, lounge, a large lecture theatre and a number of enclosed meeting rooms.

“Thanks to this new high-profile stand concept, this has allowed us to send a clear signal to our visitors here at Ligna that Dieffenbacher is continuing to work on innovative customer solutions and, as an owner-operated company, we are able to offer a level of planning security for the future.  With this modern stand concept, we have also been able to present ourselves as an attractive employer for the next generation of young talent.” (Mr Dirk Eisenmann, Head of Marketing at Dieffenbacher)

The new Dieffenbacher trade fair concept had already started its international exhibits with success in Shanghai and Moscow, following on from Ligna, the world’s leading trade fair for the wood processing industry. atelier damböck's Shanghai branch office, established the previous year, ensured that the trade fair exhibit ran smoothly in China. As has also been the case for other trade fairs held overseas, atelier damböck was able to call on a network of partners, tried and tested over many years, for the trade fair stand in Moscow.

Please get in touch with us if you would like a quote. 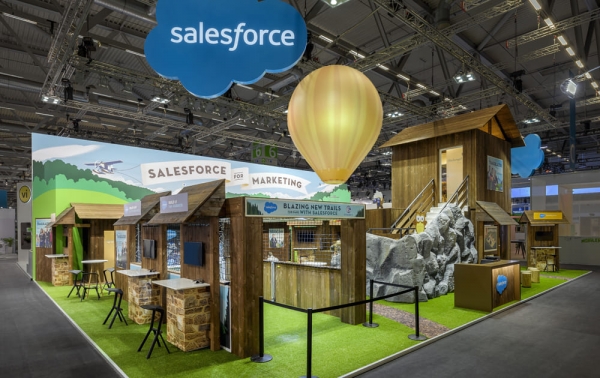